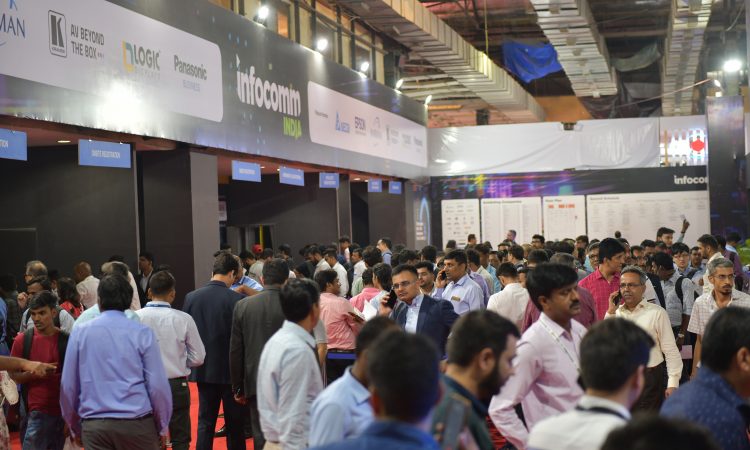 Since its inception in 2013, every edition of InfoComm India has surpassed the one before and 2019 was no exception. The premier Professional AudioVisual (Pro-AV) and Integrated Experience technologies exhibition smashed last year’s visitor attendance record, registering a 17 percent increase to 11,532 visitors.

Of these visitors, 2512 attended the Summit, which comprised 74 knowledge-sharing sessions running the gamut from high-level conferences to industry seminars and technical discussions. Mr Richard Tan, the Executive Director of event organizer InfoCommAsia, said, “In tandem with the growth of India as one of the most exciting emerging economies in the world, InfoComm India has soared in seven years. We are now well-known in India as the platform of choice amongst exhibitors who want to tap into the promising Indian market, and amongst business and organizations which want to plug into the latest experiential technologies from the best companies in the world.” Fifty percent of InfoComm India’s diverse spectrum of visitors hailed from a wide spectrum of end-user verticals, while the rest comprised AV and IT channel representatives. They were delighted with the quality of technologies showcased, especially as 86 new-to-India products were unveiled at the show.

For instance, the Public Works Department of the Government of Madhya Pradesh, Bhopal, is supporting the development of a smart city and were searching for smart displays and LED walls for command and control centers, including for traffic management.

Chandra Prakash Agrawal, the Chief Technical Examiner from the department, added, “What also impressed me was smart classrooms featuring interactive video conference that allow teachers to teach in remote locations where accessibility is an issue and there is a lack of good teachers available. “Such technology can also be used in the medical field and allow better access for doctors to diagnose and treat patients remotely. I am very impressed by the show and the exhibitor’s showcase. I saw many new technologies for the first time.” Many deals were inked.

Ashok GD Datta, AGM of Security at the Bank of India, said, “InfoComm India has allow us to link-up with manufacturers and attain relevant quotations.” Based on the enthusiastic response to their products and solutions, the exhibitors noted that the market in India is stronger than ever. Sixty amongst the over 200 exhibiting companies were first-time InfoComm India exhibitors.

They hailed from over 20 countries. “The Indian government has done a good job and the economy is booming. With a large population, we think it is a good time to invest here,” said Wei Wu, the Marketing Director of AOTO, which is based in China. Exhibitors were delighted to get the opportunity to demonstrate their solutions to potential new clients. “There was a lot of interest in the use of projection mapping in education and people were asking us how to use projection mapping in real-life applications. We had a very good experience with the crowd,” said Wasat Hussain, the Product Manager – VP at Epson India Pvt Ltd. InfoComm India will return to Mumbai from 2-4 September, 2020.