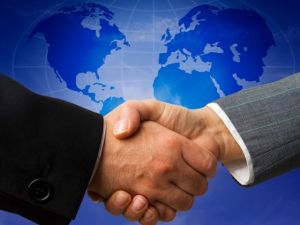 Enterprise Cloud leader, Nutanix and HPE are accelerating their partnership with a series of partner launch events across Asia to celebrate the general availability (GA) of the new HPE ProLiant DX series appliances.

The 15-city tour has already received strong reviews from partners in New Delhi, Bangalore, Mumbai, Singapore, Bangkok, Seoul and Tokyo with over 500 resellers in attendance. It will continue across the remaining 12 cities throughout September and October.

The announcement follows the April 2019 global partnership agreement between the technology leaders designed to deliver a worldwide integrated hybrid cloud as a Service (aaS) solution and bring easier access to HCI for the world’s enterprises.

A primary component of the partnership is a newly developed ProLiant DX appliance series, built with HPE servers and factory-installed Nutanix software, for on-premise operations.

The news comes as HCI and hybrid cloud continue to gain momentum throughout Asia, as businesses accelerate replacing their aging IT infrastructure amid increasing competition. As the race to the cloud continues, the need for cloud ready architecture is gaining pace.

Hence, the arrival of the Nutanix on HPE ProLiant DX appliance series looks set to intensify the battle for the soul of Asia’s enterprises. Nutanix and HPE believe their open, flexible and interoperable model will prevail against the less flexible and limited scope of rivals.

According to Young, “As international competition intensifies and the threat of a global economic slowdown continues, Asia’s enterprises will rely more and more on a future-ready infrastructure to provide the efficiencies and productivity required to survive and thrive. Nutanix and HPE are providing the ideal means to help them do just that.”

“We are already seeing high levels of excitement and interest from local customers and partners now that Nutanix is available on HPE ProLiant DX,” said Anantharaman Balakrishnan, Vice President and Managing Director of Sales, India and SAARC, Nutanix.

“Businesses understand that their technology infrastructure is no longer fit for purpose and cannot simply be ‘patched’ or tinkered with. DX now provides them with the means to modernize their datacenter on their terms: with the hardware and software platform of their choice,” he added.

The rapid rollout of Nutanix on the HPE ProLiant DX series is part of a continuing investment in Asia by Nutanix. The investment includes a series of recent distributor and reseller agreements, strategic partnerships and alliances, and rapid expansion of its regional marketing and salesforce.