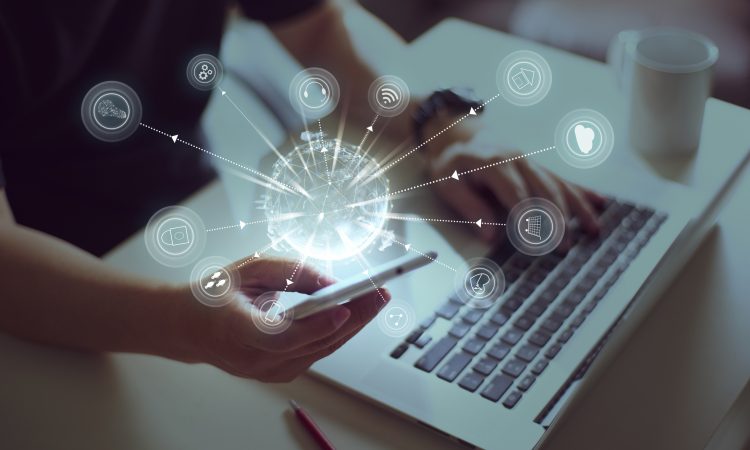 The year 2016 was filled with a lot of exciting updates in the technology industry, and needless to say, most of these news and updates are bound to create some impact on the IT channel community that is the heart of the vendors’ success strategy. Acquisitions and consolidation in the tech business kept us wondering how the business dynamics will be like in the future and how it might affect the channel business. The year 2016 brought a lot of surprises and important updates for partners in India. This year we also saw partners seriously talking about digital transformation and new age technologies.

Channel Times has selected top 16 tech and channel stories in 2016. Read on to know more…

Is Neoteric Shutting Down Its IT Distribution Business?

The shrinking margins and huge pressure of targets from vendors have forced many prominent IT channel partners to either close down hardware focused solution selling or shift to other profitable business. When one of the prominent distributor Neoteric announced to shut down its IT hardware distribution wing, it was a big surprise for the entire channel fraternity. Channel Times was first to highlight how the hardware distribution business is on the paradigm shift and how the changing business dynamics are impacting the partner community.

In what could be an major impact of Channel Times story, security solution provider ESET committed to resolve the issue of de-activation of product keys and its impact on its partners. Channel Times had earlier reported that ESS Distribution, the former prime distributor of ESET in India was indulged in fraudulent practices. Channel Times highlighted how partners were caught in the battle of ESET and ESS Distribution and their business was badly hampered due to the tussle between the duo. ESET has assured to resolve partners issues on a priority basis.

The Goods and Services Tax (GST) was one of the most discussed topics among channel partners in 2016. Partners are eagerly awaiting the actual implementation of the indirect taxation structure that aims to simplify the ‘complex’ taxation procedures and bring the uniform tax regime in India. Channel partners hope that GST will bring ease of doing business and facilitate hassle free movement of goods and services across the region and benefit both dealers as well as end users. However, partners say they want more clarity on the actual implementation of GST.

This year Channel Times touched upon a very crucial topic on gender diversity in the channel business. While there is a large chunk of though leaders who advocate women leadership in the technology business, very less people talk about gender diversity in the channel space. Channel Times highlighted the pain points of women system integrators and gave them a platform to out their expectations from the industry to have a level playing field in the industry. Though a bit late, women SIs have started heading the ways in the channel business. However, there is still a long miles to go to create a leadership position in the channel space

The year 2016 witnessed several strategic tie ups and spin offs in the security business, which gathered a lot of attention in the channel space. While M&A enables OVMs to realign their business with new strengths and capabilities coming from another OVM, it also impacts their channel play. The security industry, which is set to become bigger is expected to see more such interesting equations forming in the business. Hence, channel partners will have to make up their mind for the transition. At the same time, one will have to acknowledge that pure channel strategy will no longer work in the long run, therefore, channel engagement will remain a core strategy of vendors.

With Microsoft Corp’s $26.2 billion pending acquisition of LinkedIn, the former intends to connect users of Microsoft Word and PowerPoint with LinkedIn’s network of 467 million professionals. And as partners await to see how Microsoft will utilize LinkedIn within the competitive marketplace, partners also wonder what impact will it have on customers and partners. Though there are speculations and fear among the partners, the Microsoft community has an advantage because there is a platform to work with that is this complex data store that LinkedIn offers.

Dell and EMC Corporation closed the multi-billion dollar merger deal in September, and the industry sat up and took notice of the formation of world’s largest privately held Technology Company. What is now becoming clearer is that the new entity will dominate the small, midsize and large enterprises space. With Dell holding fort across the solution building space for small enterprises, mid-tier businesses and EMC pitching in with its expertise over the larger companies, the entire market appears to be in the clutches of the newly created enterprise titled Dell-EMC.

Top Line Vs. Bottom Line: Is The Channel Perplexed?

In a highly flooded IT channel business, partners are struggling hard to meet with the targets and maintain healthy margins to sustain in the business. The success of partners is largely influenced by how they manage to make a perfect equation of scalability and profits. While a handful of the channel partners are making it big in the top line play, majority of channel partners are perplexed to choose between top line and bottom line.

After bringing massive disruptions in the online space, the e-Commerce companies seem to be going back to the basics. This discount-driven marketplace, which helped create huge resentment the traditional offline distribution channels, is slowly acknowledging the significance of the brick and mortar. Major e-Commerce companies are largely pursuing the offline channel business model to create their niche in the highly crowded digital space.

Hopes Alive For Come Back Of Nokia And BlackBerry

Nokia And BlackBerry, the two handset giants of its times are struggling hard for their survival in the highly contested smartphone market. The hopes of come back of these two technology giants are still alive. The leader of the market once upon a time, both the tech giants needs to understand the market dynamics and changing business equasitions in the smartphone business to make its grand entry in the industry. All is not lost yet for duo if they understand the changing needs of the smartphone business, and plan go to market strategy to regain its lost market position.

Since the Government of India announced the ambitious “Make in India” initiative, India has emerged as the most attractive investment destination for industries. While MNCs are exploring business prospects, and competitive advantage in local manufacturing in the country, smartphone vendors are riding on the “Make in India” wave. Additionally, the Tier II, Tier III cities and towns are also fueling the growth of the smartphone industry. As a result, all the smartphone makers are racing against each other to capitalize on these growth factors.

In recent years, business expansion and customer wins are not the only thrust areas of partners for their next fiscal year. Digital strategy is rapidly replacing the traditional go to market strategy of channel organizations today. Preparing the business for the digital journey is what channel partners are seriously aiming at in 2017. However, at the same time, they will have to understand and acknowledge the significance of transformation in their business as per the changing needs of the industry.

Also Read: 5 Promising Technologies For Channel Partners To Explore In 2017

Digital Marketing Will Be Key For Distributors In 2017

As distribution houses are constantly on the lookout for new value added trends, Digital marketing will be one of the key thrust areas for distributors in 2017. Similarly, it will be inevitable for distributors to focus more on emerging technologies to win a competitive edge in the industry. Distributors will continue to diversify into new technology areas with more focus on service led business in 2017.

How to Build a Competent IT Channel Strategy?

The success of a business depends on channel partners. Their efficiency and loyalty toward the vendor and the product they offer, strike a success pattern. True essence and profitability of a business can be realized only when the entire ecosystem- vendors, partners and end users works and coordinates in harmony. It is for the vendor to understand that each channel partner or a group of partners catering to a particular customer segment need specific collateral, trainings and access to specific forums.

4 Changing Trends In IT Channel Business

The IT channel has undergone a sea change. The transition is eminent with the channel previously being largely box pushers about four decades ago to a complete solution provider and organised retail model. With the changes in consumer’s choice and requirements, the emphasis is not just on buying any product or solution but the one that supports their changing mode of business in terms of increased capacity, upgradeability, contemporary viability and mobility. Channel Times has listed four key trends in the channels in 2017.

Emergence of new technologies and business practices have changed not only in the way partners and customers do business but has also seen certain changes in job roles and responsibilities. In India, businesses across industry verticals are in various stages of their digital transformation and it is sort of mandatory to take the next logical step in the entire Channel partner ecosystem to gain more edge and efficiency. Channel Times lists out 6 ways through which partners can propel in their business.

Channel Times Wishes Its Readers A Very Happy and Prosperous 2017.