Gurgaon-based Prophaze technologies have been aggressively expanding its business to aid in building a stronger customer base in the country.

“We are partnering with Public Cloud Providers along with strategic cloud hosting companies in different countries and we work closely with cybersecurity services companies where they refer Prophaze product as an offering to the customer. We are also in the process of signing up with IBM, Wipro and KPMG for our international solutions which focus on Kubernetes Security,” said Mr Vaisakh Rajeevan, Co-Founder & Chief Architect, Prophaze Technologies. 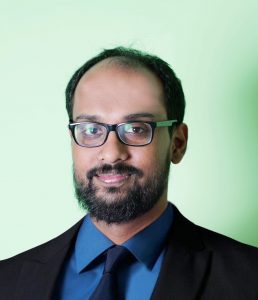 Prophaze enables organizations and SaaS providers to improve their web application cybersecurity and reduce costs through AI automation. Its Web Application Firewall , Cloud WAF offers the whole application layer protection and visibility that might scale with the expansion of organisations traffic. This solutions alter the manual processes, increases visibility into enterprises web traffic activities and improves in the incident response time.

Prophaze Attack Detection and Blocking Technology based on ML profiling can give customers the upper hand against most sophisticated attacks. It’s more like fighting an AI attack using AI.

“Idea of Prophaze came while trying to solve an issue of a customer-facing a specific web attack, the immediate requirement was to build a solution and that eventually turned out to be Prophaze Web Security Platform in the long run. This was in mid of 2018 and later on, Prophaze launched its Beta Version by mid-2020 and boarded our US Partner through which we serve Fortune 100 Companies, currently, we are serving around 50 customers,” said Vaisakh.

Conventionally, the legacy application security solutions use rules and signatures to detect and block attacks, whereas Prophaze uses behavioural analysis as the first line of defense, by understanding the behaviour of a user in a web application, the system will automatically create the profiles and update accordingly.

Simultaneously, in the Era of Bots, it makes up over 40% of the traffic on the internet, or in other words, 40% of the infrastructure resource/cost is used for bad bot traffic. Prophaze’s BotCry can detect very advanced stealth mode bots and block it before it hits the customer endpoints

The last major, Prophaze’s patent-pending Traffic profiling algorithm works better than any solutions available in the market. The ones in market volumetric DDoS attacks can be blocked much in more or less conventional ways, whereas the most challenging part is the Layer 7 DDoS attack which needs actual intelligence.

“We are a product company and let me tell you we don’t sell products; we sell Solutions and that is what Prophaze is all about. Our products are automatically configured as a customized solution for each of the deployments. This is what we tell the customers and also practice them as well to give the customers end to end support,” added Vaisahk on Prophaze’s unique features.

Under its portfolio, Prophaze works with various verticals which is another additional point that makes the product stand out as Prophaze is not a vertical agnostic product, rather it works along with each vertical and provides customized solutions for them. For instance, health care and financial sectors are keen on data security where Gaming and Internet companies require less latency with security. The ecommerce Industry needs scalability of the platform with respect to traffic needs.

The current trend is cloud transformation, where more APIs and applications are migrated to the cloud. The advantage of Prophaze is that it can work on any public cloud like AWS, Azure, GCP and it can work in private/hybrid cloud networks as well.