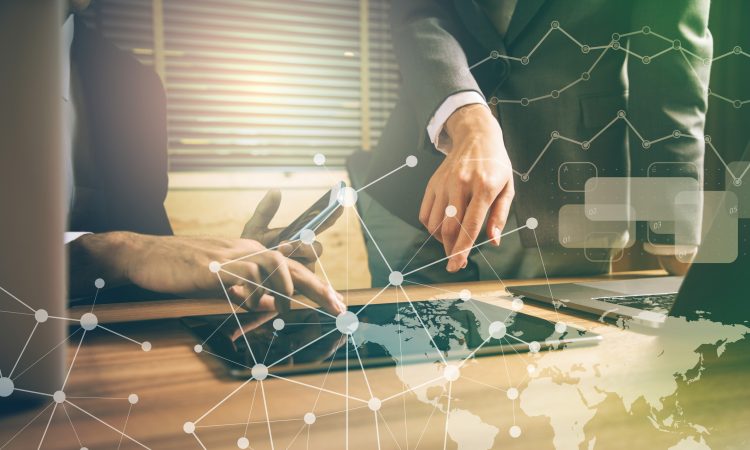 Mumbai: In a major step towards gaining a lead on the server and storage front, the newly formed entity Dell Technologies recently rolled out its much awaited partner program at the Dell EMC World conference in Austin, Texas. The new program that combines the strengths of the channel strategies of both Dell and EMC, aims to provide ‘unprecedented’ business opportunities to partners. With the launch of the new partner program, Dell has given a clear indication to competition that the company would be more aggressive on the channel front and has asked its partners to leverage the powers of the new channel strategy to go deep into the market.

Channel partners in India have welcomed the new channel initiative, but with certain apprehensions. While partners say that Dell’s ‘renewed’ focus on the indirect business deserves appreciation, they would prefer to wait for the actual implementation of the program before judging the announcements.

John Byrne, the global channel chief of Dell Technologies took the stage at the Dell EMC World’s Global Partner Summit to provide an update on progress toward merging the two channel programs. Set to formally become effective in February 2017, the program has been designed in collaboration with partners and draws from the best aspects of the partner programs of both the vendors.

Built on three core tenets—to be Simple, Predictable and Profitable—the new program will ensure partners have ample opportunity and commensurate profitability regardless of their program tier. The company has also extended the Dell FastTrack program to EMC Business Partner Program (BPP) participants, and expedited many Dell strategic partners into the EMC BPP.

Welcoming the new partner program Sabyasachi Mohanty, Senior BDM of Pentagon System and Services, said that the new program would help partners enhance the business skill to get more revenue. “Dell, EMC channel program will help partners to enhance their business skill in order to get more revenue. It will help the partners to focus more in the area they want to do the particular business. It will also help partners to understand business roadmap and the ecosystem of Dell, EMC and on that basis partners will adopt the strategy and to work on that ecosystem”, Mohanty said.

Vikas Save, Co-Founder & Director of VDA Infosolutions, said that while the new announcements look very lucrative, partners would need to wait some more time to get the clear picture. “Prima facie the new partner program looks beneficial for partners, but things will be more clear after the implementation of the new partner policy. EMC’s partner policy is far better than Dell. So, I think rather than framing the new partner strategy, Dell could have followed EMC’s channel program”, Save said.

Endorsing similar views, Rajeev Mamidanna, Director of Eden Infosol said, “ I think it will be early to comment on the impact of the newly announced partner program on the Indian channels. We will need to wait for the actual implementation of the new channel policies and after that we will be analyzing the new program.”

In a major move to protect partner’s interest, Dell has announced stringent process of Deal Registration (DR). “The ultimate form of protection for our partners is deal registration. We will have zero tolerance for anyone that violates the deal registration. Partner is part of my strategy to attack the market. Partner is part of my sales team. I am going to protect them. If I find anyone abusing it, I’m telling you I will have zero tolerance”, Byrne told CRN in an interview (Click here to read). Partners have apploud the move saying that partners would have a better control on the deal registration. However, they are apprehensive about how Dell will address the clash between partners and its internal team.

“EMC is a 100 percent channel company, therefore the issue of direct selling never appeared in the company. However, in Dell’s case there are probabilities, where partners may clash with its internal team in the deal registration and partner may lose the deal. However, we hope that with the new channel plans in place, Dell will address this issue”, said Mamidanna.

Partners have also raised concerns over overlap of solutions from both the vendors and have demanded more clarity from the company to pick up the right solution. “Both the Dell and EMC products fit in certain deployments, therefore, it is a grey area, where partners may get stuck into choosing between both the solutions”, said Mamidanna.

Save believes that customers’ requirement would be the major criteria for making a right choice between solutions from both the vendors. “There are certain set demarkation based on value proposition, especially in the commercial segment. Therefore, it depends on what kind of deployments, customers require in their companies. The EMC storage solution is much better in terms of a complete offering, whereas, Dell portfolio is more of value for money offering”, he said.

There is a perception in the industry that Dell’s aggressive move on server front may hit VCE partnership as Dell EMC’s commercial and enterprise sales executives are openly encouraging channel partners to push hyper-converged infrastructure solutions that don’t depend on Cisco technology. During a Q&A with several hundred partners at Dell EMC World, Chief Commercial Officer Marius Haas and Enterprise Sales Chief Bill Scannell said partners should be aggressively selling VxRack and VxRail hyper-converged solutions as opposed to Cisco-based converged solutions like Vblock. (Click here to read)

Scannell said that while the Vblock system will continue to use Cisco servers and networking gear, other converged and hyper-converged lines do not. “Today we are using non-Cisco network virtualization, we’re using VMware NSX. So you (partners) should not be forced to be a Cisco partner, but if you want to go out and position Vblock, you are going to have to be knowledgeable about it”, he said.

Mehta says that partners would have a choice to select between Cisco and Dell, which is purely depends on customers’ demand. “The server implementation does require networking and Dell is already in this space. So partners can continue selling Dell’s networking solutions or become a Cisco partner. It is purely a partner’s choice based on his customer’s requirement”, he said.

Partners in India are largely optimistic about the Dell, EMC collaboration and say that the both the vendors will complement each others offerings in the storage and server space and give strong competition to other vendors, especially, HP and IBM. Partners are happy with the new DR policies and say that it would speed up the DR process and create more coordination among partners and Dell team. With lots of expectations, partners are now eagerly waiting for the rolling out of the program in the country.