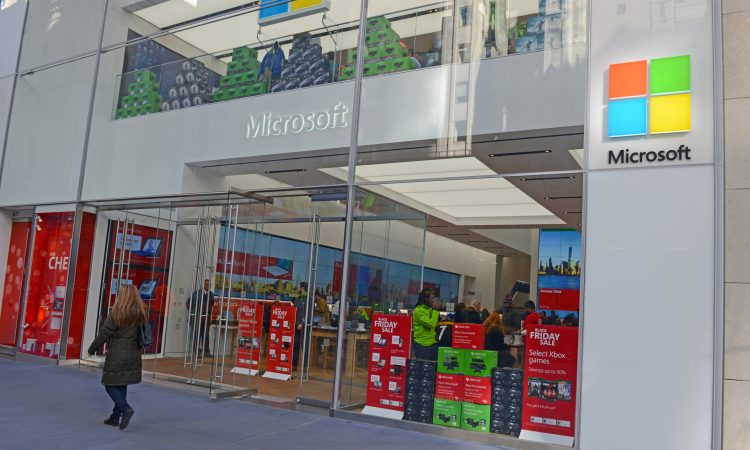 Microsoft Windows XP has perhaps raised more anticipation than it would have if not for that day�s events. Now more than ever before, the PC industry is in search of an elixir. And Microsoft is cleverly positioning its latest OS version into that role. Microsoft�s launch of Windows XP on October 25th has revived the interest of consumers, as was the case with Windows 95. The launch parties that Microsoft has been throwing rekindles memories of the high-profile launch.p____p Several industry leaders, including Hewlett-Packard chairman and CEO Carly Fiorina, Compaq chairman and CEO Michael Capellas, Gateway chairman and CEO Ted Waitt, Dell Computer chairman and CEO Michael Dell, and Intel CEO Craig Barrett, were present at the launch. p____p Though some analysts predict flat unit sales for PCs, they give the thumbs up to Microsoft�s XP. Their opinion is that XP is a significant advancement over its predecessors, particularly in terms of stability. The new OS is friendly for digital photography and music, and simplifies things like instant messaging and Internet telephony.p____p However, the voice of caution says that users may not find upgrading to Win XP a necessary exercise for now. Dataquest forecasts that the consumer PC market will move rapidly to adopt Windows XP for the home, with 87 percent of new Windows PCs running the new program in 2002. But in the business market, XP will be the choice of only 16 percent of Windows PCs. p____p Windows 2000 is seeing more users from the business segment but Microsoft�s stricter licensing policy makes upgrading more expensive. This may slow them down from making the leap to XP. That would be a big loss, since corporates make up 60 percent of the PC market. It is against this backdrop that the launch is being seen, even as leading vendors of the PC industry have rushed out to support the new OS. In India too, the enthusiasm is not to be missed, of course punctuated with some amount of caution and a little skepticism.

Microsoft has been upbeat about Windows XP�s prospects. “The XP launch is the biggest thing we�ve done since Windows 95,” Microsoft CEO Steve Ballmer told reporters at a launch demonstration in London.p____p In an interview ahead of the launch, Gates tells in an interview to the press ahead of the official launch, “This is the kind of thing that will drag the PC industry back to record sales.” For the techies, Windows XP signals that Microsoft has ditched MS DOS–the old, outdated software code that has been the core of its operating systems for the past 20 years. DOS was not designed to handle graphics.p____p Gates says, “The launch of Windows XP also ushers out the era of DOS computing and ushers in the era of .Net Web services.” Windows XP, for example, supports .Net Alerts, a new alert service that will be deployed as part of the Microsoft .Net software services platform, due to be launched in mid-2002.p____p Karthik Padmanabhan, marketing manager of Microsoft India, said, “Windows XP is a landmark in the evolution of the Windows family and is the most significant release since Windows 95. We have witnessed a tremendous response from industry majors like Intel, AMD, Compaq, Wipro, and Sony. There has been great customer feedback.”p____p He adds, “We have been running Windows XP pilots with some major companies like Infosys, Ranbaxy and Financial Technologies and the response from these organizations too has been very favourable. Additionally ISV support for Windows XP has been phenomenal, with more than 12,000 devices already supporting Windows XP worldwide and more than 4000 Windows XP readily available applications.”p____p There are many new security features that Microsoft says will make the desktop safer. “For the first time, we have incorporated a firewall as a protection against hacking for the benefit of home users and small enterprises,” says Padmanabhan.p____p There are also several architectural changes in the source code of Windows XP to avoid the problem of buffer over-run, a technical jargon for weakened security. This was expected to make the new operating system less vulnerable to virus attacks, claimed Microsoft.

Aggressive Marketing Plans in Place
__img bill-gates.gif align=leftimg____p History is proof that Microsoft has always been a smart marketing company. This time too, the launches itself have been with so much fanfare. But the hype was built up long before the launch. And now the software giant is going full steam ahead, along with its OEM partners.p____p Divulging marketing plans for the new operating system, Padmanabhan says, “Windows XP is available immediately throughout the country and can be purchased from over 2,000 resellers and over 100 Microsoft retail outlets. Additionally, all major OEMs including Compaq, Wipro, HCL, Wipro and Dell will be shipping Windows XP preloaded with their machines after the launch.”p____p He adds, “We are running joint advertising and consumer promotions with all our key partners. We have concluded consumer launches in New Delhi, Mumbai, and Bangalore where our partners showcased their offerings and consumers were provided with attractive offers and incentives to purchase Windows XP.”

Vendors Say �Yes�
__img sanjeev-keskar.gif align=leftimg____p The two microprocessor giants, Intel and AMD have partnered with Microsoft for the launch of Windows XP. Both companies will be providing Windows XP-ready versions of their popular microprocessors to OEMs and systems builders. As AMD and Intel are worldwide launch partners, they will take part in joint promotions and advertising with Microsoft.p____p Many vendors are anticipating a piggyback ride on Windows XP. Meanwhile, AMD has announced its Athlon XP processors. Sanjeev Keskar, country manager of AMD Far East said, “Win XP is a new OS from Microsoft for the new digital application like Internet chat, gaming, video and audio editing needs.”p____p He adds, “AMD and Microsoft worked together to optimize applications like Media Encoder 8.0 for AMD�s 3Dnow”. Keskar is confident that it will be another successful product from Microsoft same as Win 95 or Win 98 in India. HCL is another major Indian IT vendor, which is offering XP-based systems.p____p Ramanjeet Singh, brand manager for HCL�s Desktops and the Frontline Division, says, “HCL is the largest OEM partner for Microsoft in India. Hence, for Win XP also, HCL is participating as a partner with Microsoft for its consumer launch across seven cities in India.”p____p HCL launched the Beanstalk Omega PC with Win XP OS, simultaneously with Windows XP launch worldwide on 25th October, 2001 and showcased the range in the consumer launch at New Delhi.p____p According to Singh, Windows XP will open new floodgates to a better computing experience, on a multiple level. He says, “One, it is the best and the most reliable OS from Microsoft built on the Win NT core technology; Two, it is the fastest booting OS from Microsoft; and three, it has got a new interface, better graphics, back compatibility to applications and to top it all, the new Xperience for audio, video and graphics.”p____p He has his fingers crossed with the hope that this will make a difference to sales. “The currently sluggish IT industry needs a much-needed boost from the newly launched Microsoft Win XP. As per Microsoft, a lot of consumers have been waiting for the launch of Win XP and as much as 65 percent of consumers had postponed their purchase of a PC.”p____p Compaq has made available its PCs powered by Windows XP under Presario desktop and notebook PCs, featuring Intel Pentium 4 and AMD Athlon 4.p____p The full Compaq Windows XP line includes Presario 2700, while its Presario 700 is available with the choice of Windows XP Home Edition or Windows XP Professional. Its Presario 1700 notebook PC is also based with Windows XP while its Presario 5000 with either Windows XP Home Edition or Windows XP Professional. These models are based on either an AMD Duron, an Athlon, Intel Celeron, or Pentium 4 processors.p____p Acer, the Taiwan-based vendor of PCs, notebooks and servers has also announced an entire range of desktops and mobile PCs with Windows XP. This will comprise four desktop models within the Veriton series, as well as six of the vendor�s popular TravelMate mobile PC series.

S. Rajendran, general manager (Marketing) of Acer India, said, “Acer has applied considerable resources in preparation for the installation of Windows XP on its systems by endorsing and supporting the Windows XP-ready PCs and upgrade programs.” Acer�s TravelMate mobile PCs are shipped with Windows XP feature, Network Location Awareness (NLA), as well as Smart Card and wireless networking support.p____p Manish Aggarwal, director (Operations) of Vintron Informatics, said, “The product is really fantastic and should be able to improve productivity of users.” He believes that Win XP should be able to get good response from buyers. But the catch, he feels, is that it may not necessarily increase the growth of PC requirement in the market.p____p According to a research done by IDC for Microsoft, as much as 20 percent of consumers are expected to adopt or try out the new OS within the first few months of launch.

Brands Get An Edge

HCL�s Singh says that this will have a positive bearing on the market, especially working the winds in favour of brands. He says, “Microsoft will go all out in creating hype for this product. It will result in a surge of consumer demand, which in turn will spur the demand for PCs. Moreover, since Win XP cannot be pirated, the branded PCs that are pre-loaded with Win XP OS will be expected to score well over the assembled PCs.”p____p Alekhya Talapatra, manager (National Business), government initiatives of Compaq says, “This is a very important product, which is supposed to change the PC industry in a way it changed the industry after Windows 95. This will phenomenally increase the number of ways in which we use the PC, whether at home or at work.” p____p He adds, “The response has been extremely positive. We see demand for the product increasing. Compaq has already shipped more than 3,000 units of systems with XP to the channel partners since the launch.p____p One of the segments that Compaq is getting positive feedback from is the government. He says, “We see good response from government also due to the regional language flexibility. This will enable e-governance faster. Together with the launch of XP in Hindi in Jaipur, Chandigarh and MP, we jointly organized an e-governance meet with Microsoft and PWC. The response was tremendous.”

The Big �If� Factor

The story of Windows XP�s success hinges on whether the consumer is willing to take the bait and buy or merely upgrade. Strange but true that most of the industry would be now looking closely at how things will shape up. XP�s success or failure may have a disproportionate say in how soon the PC industry may start looking up once again. This is especially so with respect to US where consumer confidence is at a low.