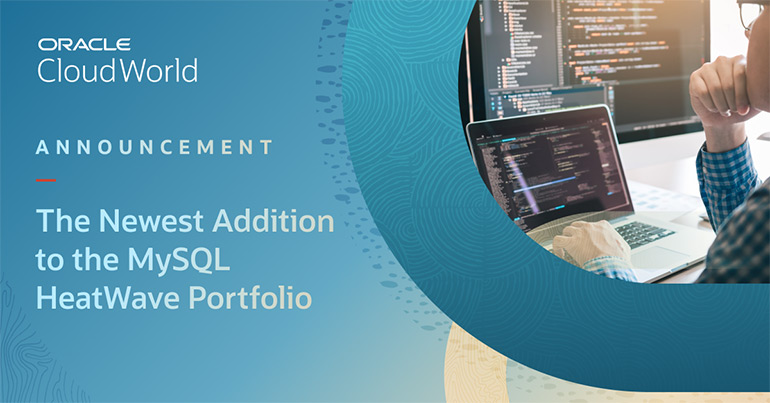 “At Oracle, being a customer centric organisation, we have always aimed to evolve our services and make it easier for our customers to move towards digitization. The announcement around MySQL HeatWave Lakehouse is a primary example of the same. While the service was well received by our customers globally as well as in India but we wanted to increase our customers’ ROI by offering a single service for transaction processing as well as analytics across data warehouse and data lake, and machine learning – thus saving the amount and effort that the customers were spending for ETL across cloud services.” said P Saravanan, Vice-President, of Cloud Engineering, Oracle India

He added, “For our Indian customer especially, we understand that saving time and receiving efficient results is one of the top priorities therefore we believe that MySQL Autopilot’s capabilities such as Auto provisioning, and Auto query plan improvement will prove useful and the users will receive increased performance of MySQL HeatWave Lakehouse while saving significant time.”

Customers migrating from AWS, Google, and on-premises have been using MySQL HeatWave for a broad set of use cases including marketing analytics, particularly real-time analysis of advertising campaign performance and customer data analytics to build effective campaigns. Customers migrating from AWS include leaders in the automotive, telecommunications, retail, high-tech, and healthcare industries.

“MySQL HeatWave is the result of years of research and advanced development, which we are turning into breakthrough innovations to address a bigger set of challenges for all MySQL customers. In fact, MySQL HeatWave Lakehouse is our third major MySQL HeatWave announcement this year,” said Edward Screven, chief corporate architect, Oracle. “There is a huge growth in data stored outside of databases, and with MySQL HeatWave Lakehouse, customers can leverage all the benefits of HeatWave on data residing in object store. MySQL HeatWave now provides one integrated service on multiple clouds for transaction processing, analytics across data warehouses and data lakes, and machine learning without ETL. This combination helps deliver massive improvements in performance, automation, and cost—further distancing MySQL HeatWave from other cloud database services.”

“We are excited to continue our collaboration with Oracle, evolving it into supporting their new MySQL HeatWave Lakehouse offering, which is optimized to run on AMD EPYC-powered Oracle cloud instances and leverage the latest innovations in our processors,” said Mark Papermaster, chief technology officer and executive vice president at AMD. “The collective work of the AMD and Oracle engineering teams has helped create an impressive MySQL solution that can support great scalability and performance for transaction processing, analytics, machine learning, and machine learning-based automation within a single MySQL database.”

All of these fully transparent benchmark scripts are available on GitHub for customers to replicate.

A new multi-engine Hypergraph query optimizer further improves the performance of complex queries and eliminates the need to specify the join order. Zone map has been added, which accelerates a broader set of queries with MySQL HeatWave. And the VS code plug-in for MySQL has been enhanced to support MySQL HeatWave capabilities.

Ready for the Distributed Cloud

MySQL HeatWave is available in multiple clouds including OCI, AWS, and now Microsoft Azure. It’s available on-premises as part of OCI Dedicated Region for organizations that prefer not to move their database workloads to the public cloud. Customers can also replicate data from their on-premises MySQL OLTP applications to MySQL HeatWave to obtain near real-time analytics. MySQL HeatWave is always on the latest version of the MySQL database.