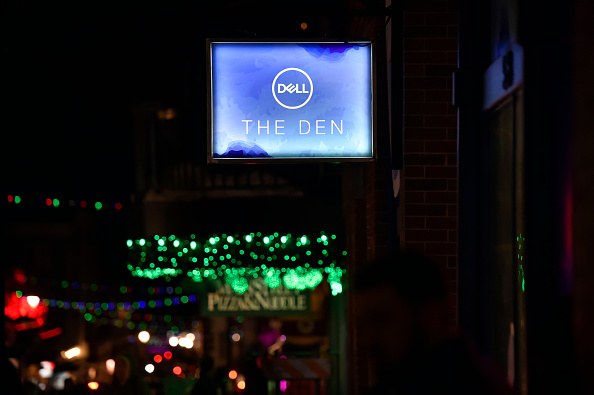 Bengaluru, Oct 7: Preetham Upadhya and his son Pradhyumna Upadhya from Sharada Vidyalaya, Mangalore have been announced as the winners of the “Dell Champs – 2014” School Program, by the organizers Dell India.

The first runner up for Dell Champs was Tarun and his son Kabir from New Public School, Chandigarh, while second runner up was Soumen Roy and his son Anish Roy from Little Flower School, Jamshedpur.

A 20 city student-outreach program woven around the theme, ‘Education, Empowerment & Entertainment,’ the program is based on the understanding that computers play a significant role in the all-round development of a child and is an important part of a student’s life.

This is in line with Dell’s latest “Back to School” campaign which showcases the benefits of exposing young, budding minds to the role technology can play in providing a competitive edge through not only student years, but through one’s lifetime.

The “Dell Champs – 2014” program featured an interactive technology based quiz contest which provided a unique platform for parents to participate with their child and be a partner in their success. The competition was conducted in city schools across 400 schools in 20 Tier 2 and Tier 3 cities in the country.

The Dell Champs 2014 program was conducted in three phases with the first being the ‘School level’ round, from which 2 teams were chosen to represent their school in the City Finals. The second round involved the top 2 teams from each school competing in the ‘City level’ contest and lastly the 20 City level finalists competed in an online quiz in the ‘National level’.

The four top schools of the “Dell Champs – 2014” were awarded a Dell powered Study Lab equipped with the Dell Inspiron AIO, projector and interactive screen. The other 16 sixteen schools received a Dell Inspiron All-in-One.

P Krishnakumar, Executive Director & General Manager, Consumer & SB, Dell India – “Dell Champs – 2014 brings together the enthusiasm of young students with a thirst for knowledge, with the aspirations of their parents. The program collaboratively engages students and parents alike in an effort to showcase how technology enables and augments the education process for a school going student. With this we have come to the end of a second successful season of Dell Champs. We hope to continue engaging with the ambitious young minds in the student community, who we believe can greatly benefit from the advantages technology has to offer.”