HomeNewsBudget 2020 Gets a Thumbs up from IT Community
News

Budget 2020 Gets a Thumbs up from IT Community 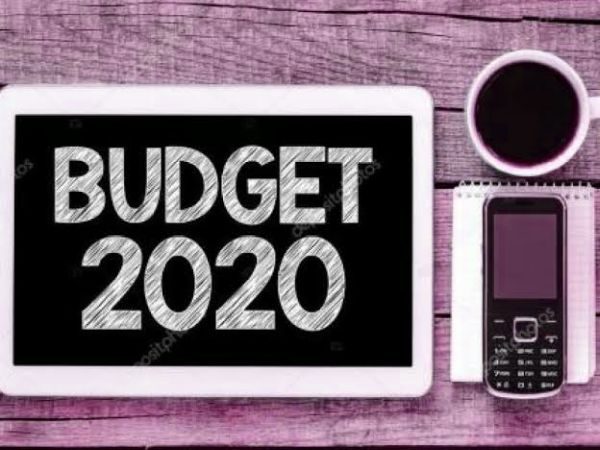 The Indian Union Budget 2020 presented by the country’s Finance Minister Nirmala Sitharaman delivers a host of initiatives to boost the growth of the technology sector, which is a key component of the Narendra Modi government’s target of turning India into a US$5 trillion economy by 2025, according to IT industry experts and analysts.

“The budget focuses on structural reforms and the additional emphasis is been given on infrastructural development for a long term growth. The Government has further escalated its efforts to bring ease of doing business by lowering various compliances and simplifying the GST. The importance is been given to E-Governance for speedy approvals and transparent processes. This will boost confidence among investors who are keen to set up their businesses in India,” said Suresh Pansari, Director, RP tech India.

The Government has also given major relief to tax payers by reducing the tax slabs for income below 15 lakhs. This will increase the cash flow and tax payers will be able to spend more, ultimately benefiting the industries. From the industry and economy point of view, the Government has proposed special incentives for mobile phones, electronics component, networking products and semiconductor units, which will push domestic electronics manufacturing and generate more employment opportunities,” he said.

One of the most significant announcements was the Rs. 80 billion outlay over the next five years for the National Mission of Quantum Technology and Application.

Nishant Singh, Head of Technology and Telecoms Data at GlobalData, said, “The announcement is significant as the scale of investments necessary to make headway in quantum computing is not possible without the support of the government or large corporations. The quantum computing race already has stiff competition, with companies like Amazon, Google and IBM in the fray; the Indian government’s move should boost the attempts of domestic technology providers, who have been keen to enter this field, but so far did not have the necessary scale or resources.

The other significant announcement was building of data center parks throughout the country with the support of the private sector. Building data center parks will be necessary to cope up with the volume of data that would be generated if the government is to continue its digital initiatives for its citizens. Significantly, this move will also pave the way for better privacy regulations within India, such as the European Union’s EU General Data Protection Regulation (GDPR).

“If this budget had to be known for one thing, it would be the length and breadth of technology infusion across all aspects. Technology and data are changing the world and the latest Union Budget rightly makes these its mainstay. The focus on data, digital records, connectivity and data security across key citizen services underlines the government’s faith in technology to deliver better governance, a safer society and a more competitive economy. The proposals for building data centre parks and setting up the ambitious National Mission of Quantum Technology and Application are significant announcements to put the technology intent into practice,” said Ritesh Gandotra, Director, Xerox Business Services.

“Data center parks within India coupled with better privacy regulation will ensure the privacy of the data of Indian citizens, and provide a legal framework for the protection of data by ensuring that the data stays within the boundaries of the Union of India. After all, as the Finance Minister said in her speech – Data is the new Oil,” said Singh.

“The government’s intent to rollout a policy to enable private sector to build data center parks throughout the country is a welcome move. We believe this is in view of government’s efforts to push data localization as data will be one of the key drivers of economy. Localized data centers which can be accessed and controlled from a centralized system will significantly improve data privacy and security allowing free flow of data within borders. We at Schneider Electric shall be happy to partner with the government in furthering this initiative,” said Venkatraman Swaminathan, Vice President & Country General Manager at Schneider Electric IT Business India.

Other notable announcement was that all public institutions at the grassroots level of local self-governance system in India are to be provided with digital connectivity – BharatNet will link around 100,000 of Gram Panchayats over the next year. The government also intends to link PAN (a unique identifier for filing taxes) with Aadhaar (India’s biometric ID system) and increase the scale of Direct Benefit Transfers to citizens.

The government’s previous initiative on Smart Cities continued, with the Finance Minister proposing five new smart cities in collaboration with states via the public-private-partnership (PPP) model. A move to replace conventional meters with smart pre-paid meters over the next three years was also announced. This move can prove immensely important in trimming power distribution losses, enabling real-time energy usage information and paving the way for a wider-footprint smart grid network across parts of India. The government will also be moving towards using artificial intelligence and machine learning in the healthcare sector.

Singh explains: “For this move to become a reality however, the government will have to move towards a standard electronic patient record (EPR) system across the healthcare. This is a long-term strategy, rather than something that will provide benefits in the short-term.”

In the Union Budget, the Finance Minister announced degree level full-fledged online education program by institutions ranked in the top 100 of the National Institutional Ranking Framework. This move should help provide wider access to higher studies for several Indians for whom the education costs prove to be a hindrance in their attempt to pursue higher education.

“The proposed allocation of INR 99,300 for education and the allocation of INR 3000 for skilling initiatives, can be instrumental in delivering better educational infrastructure and innovation, said Nikhil Arora, Vice President and Managing Director, GoDaddy India. He added that as India gears up to chart the next chapter in its strong growth story, we at GoDaddy continue to work in collaboration with the Government and our partner ecosystem, to help entrepreneurs and small businesses grow their ventures online, with our easy-to-use and affordable tools and solutions.

Singh added, the fact that these online programs will be from top institutions and will award degree-level certifications, could be a major impetus in creating a job-ready India, which as indicated by the Finance Minister will have the largest working-age population in the world by 2030. Initiatives such as these will also help improve the current levels of technology integration in the Indian education system,” he said.

Dipesh Kaura, General Manager, Kaspersky (South Asia) opined, “While we have seen a steady increase in the cybersecurity budgets globally, we are expecting the same in India too this year. Proper investment in critical infrastructure cybersecurity will only accelerate the nation’s Digital Transformation. Funds also should be focused on supporting skill development & training of aspiring students who aim to become cybersecurity professionals, as well as for the government and already existing large enterprise employees to fight the evolving cyberthreats. Cybersecurity Awareness campaigns for general consumers should also be a major focus of the budget.”

The information technology sector undoubtedly has to play a major role if India is to achieve the target; its contribution which currently hovers at around 8% will have to rise to over 10% of the overall GDP. As per GlobalData’s estimates at the start of this year, the domestic enterprise ICT market in India was expected to grow at a compound growth rate of around 7% for the next five years.

Singh concluded, “The initiatives announced by the government should provide a considerable boost to the domestic ICT market, and we believe the growth can be higher – very close to the double-digit mark, if such initiatives and incentives for the Technology sector continue in the subsequent union budgets as well.”