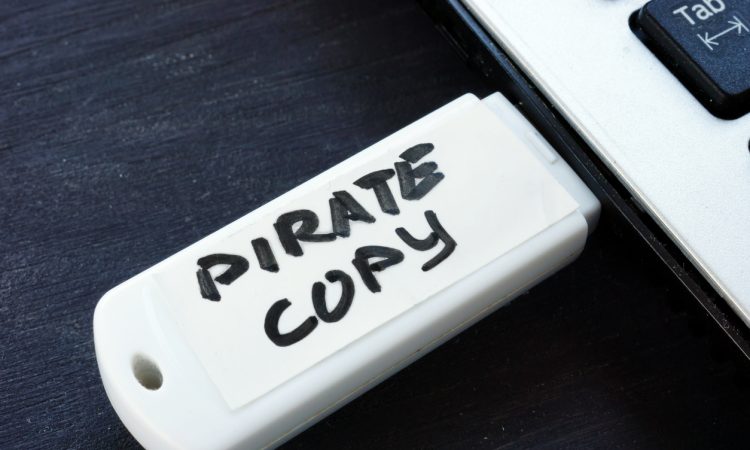 New Delhi�s Nehru Place, Asia�s biggest computer software and hardware market has also earned the dubious distinction of being �the gateway to pirated software� in India. In a recent drive against peddlers of pirated software, the Delhi Police arrested eight persons and seized 1,427 compact discs (CDs) with pirated programs.p____p This big catch by the police at Nehru Place, proves that the country�s capital is not only the most prolific gray market but has become a major hub for spurious IT goods.p____p Be it the most popular Office 2000, Windows 98, MS Exchange Server or Back Office Studio, one gets everything illegally copied at affordable prices. The price ranges between Rs 300-400 for any software of your choice. Even the Microsoft training programs come cheap and are available in the range of Rs 150-200.p____p However, the modus operandi is anything to wonder. Any stranger, who asks for �the stuff� is told, It is not sold here anymore. The dealers at Nehru Place, wary after a series of raids, refuse such requests.p____p Yet, software professionals who have regular dealing in the market, have a different story to tell. You can get any Microsoft product but only through a specific dealer network, reveals S Anand, a software company executive.
p__
p__ p__ __b NASSCOM Offers Reward to Tackle Software Piracy
__img nasscom.gif align=leftimg__NASSCOM will offer upto Rs 50,000 as a reward to anyone who provides information that would lead to legal action against companies using pirated software. It has joined hands with Business Software Alliance (BSA) to initiate this anti-piracy initiative. p__ NASSCOM president Dewang Mehta said that discussions were on with the American Motion Pictures Association and Indian music industry to jointly wage a war against counterfeiters involved in these illegal practices. p__
p__
p____p __img nasscom_pirates.jpg align=leftimg__Despite the best attempts of NASSCOM, Business Software Alliance (BSA) and the police to curb the menace, it has remained insurmountable. Figures indicate that seven out of every 10 business applications in India are pirated.p____p __b Piracy Rate Threatening
According to the latest figure available in the industry, the piracy rate in India is as high as 65 per cent. This accounted for a loss of US $ 214.6 million in 1999 alone, according to NASSCOM. The reason, say computer experts, lies in prevailing higher price of original software. After all, a layman can�t be blamed for looking at affordable options.p____p The issue raised is, why would one want to spend Rs 20,000 on a piece of software when it can be available for less, ask analysts. President and CEO of Opson Software India, Arun Sharma feels that only large corporate firms can afford legal software and does not find big market for end-user buyers. Opson is a leading software company and has been operational for nearly three years.p____p For smaller concerns, pirated software is the lifeline, Sharma adds. He is probably right. Authorized version of Windows 2000 comes at Rs 9,500. Windows �98 costs Rs 5,500. I depend on my hardware supplier to load all the software, said one end-user, Navnit Patel.p____p __b Are Big Players Responsible?
Interestingly, some software experts give a different insight into the business of pirated software. For instance, it may very well be a marketing strategy adopted to make the software popular by instigating spurious copies, according to Anand.p____p A company comes out with pirated versions and when it has grabbed the users� attention, approaches the policing bodies for action. Then begins a series of raids. Why do you think there is a lull in between raids? questions Anand.p____p The policing bodies, NASSCOM and BSA have launched an anti-piracy drive and are in favor of stern action to curb the problem. Dealers engaged in the trade of illegal software risk their livelihood, their reputation and face legal action that may result in severe penalties including imprisonment and fine.p____p __img dewangmehta.gif align=leftimg__Dealers must also understand that piracy poses a tremendous threat to honest system builders, distributors, resellers and the consumer. We want customers to buy software that is genuine without being at the risk of prosecution for violating the copyright act,noted NASSCOM president Dewang Mehta.p____p Currently raids are the order of the day at Nehru Place. Delhi Police�s crime branch has recently conducted several raids at Texas Computers, Computer Culture, Sir Computers, Computer Age and Computer Point and numerous other shops located in the vicinity and have netted illegal software worth about US $1.5 million.p____p While the law enforcing agencies must be applauded for their job, one cannot fail to wonder if such raids could eliminate the problem altogether.p____p __img point.gif align=leftimg__p____p __b b__p__ p__