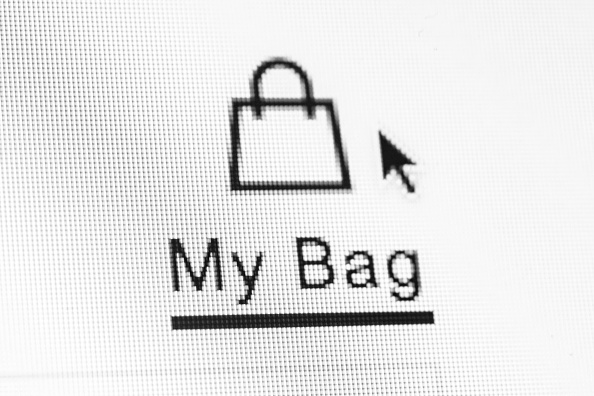 New Delhi, Oct 6: The growth in India’s online retail market is spreading like wildfire with domestic retailers and foreign players – all wanting a slice of the e-commerce pie, resulting in intense competition in this space.

The competition is clearly more evident in the festive season, with players such as Flipkart, Amazon, Myntra and Snapdeal among others, lining up big discounts, exclusive merchandise, cash-back schemes, and other promotional offers. They are sprucing up the $3.1 billion space – which is expected to surge to $22 billion over the next five years – with huge investments to woo the burgeoning population in the country that are getting ready to ride the online retail wave.

This online festive rush will certainly be giving sleepless nights to the traditional retailers, who been lobbying hard to stop these predatory pricing strategy of these e-tailers.

The online buyers in the country are expected to reach 39 million by the end of 2014 and 128 million by the end of 2018, says a Forrester report. The founders of Flipkart, Sachin and Binny Bansal attributed this growth largely to the vast youth population, who are rapidly embracing the Internet. In a recent interview, CEO of Amazon, Jeff Bezos that the Indian e-tail market is growing by “leaps and bounds,” which gives major players a huge opportunity to invest in this sector.

Investors such as Accel, Tiger, Naspers, among others have rushed to invest in several of these companies hoping that they will keep adding fresh transacting users. They are also looking at the overall number of 200 million Internet users in India. They believe that e-commerce players have an advantage over the physical stores given the kind of money that has been pumped into these players. For example, these sites that have the private equity money have budgeted how much they will burn every month to be able to discount their sellers or products on the site.

Flipkart, India’s biggest online retailer had received a record $1 billion in fresh capital. Snapdeal.com is in talks to raise another large round of funding only three months after it raised $133.7 million earlier this year.

Amazon is also chalking out fresh plans for the market. The US-major, which operates as junglee.com in India, is confident of giving local players a tough fight. “So, we are currently focused on bringing an incredibly large number of (local) small and medium enterprises online. That’s a big shift,” told Bezos in an interview to Times of India.

In an interview with Forbes, Bezos said earlier, the company sees huge potential in the Indian economy and for the growth of ecommerce in India. The company’s additional investment of $2 billion, he believes will help the company further think big, innovate, and raise the bar for customers in India.

Even Walmart wants a share of the pie by building an e-commerce marketplace in India. It has already hired experts and looks confident to challenge existing rivals, say reports.

The aggression and growth in the e-commerce space is also leading to a huge demand for jobs. Antal international expects the sector can create at least 1.5 lakh jobs, at the junior, middle and senior levels.

However, experts point out that to succeed and sustain in the e-commerce market in India, the need of the hour is to understand the unique challenges in the domestic ecosystem and solve them strategically. It is in these contexts that some challenges remain to be resolved.

Clearly, the biggest challenge facing e-tailers is to increase the number of transacting users. Gaurav Issar, Co-Founder of JewelsNext, a Delhi based online jeweler believes that strategic investments in the areas of social engagement, mobile technologies and analytics can help e-commerce firms to serve customers more effectively, apart from improving their product mix.

Many of these fresh online shoppers are likely to come from mobile, which is already contributing over 30% of Indian e-commerce traffic. Flipkart Co-Founder Sachin Bansal wrote in a blog: “E-commerce sites are seeing a shift towards mobile, as consumers prefer to shop online from their mobiles instead of computers and e-commerce players have to constantly innovate to keep up with the pace of how consumers use the internet in India.”

The next wave of internet expansion and resultant consumer behavior will clearly be driven by mobile and mobile commerce. The smartphone penetration is growing at over 150% year on year and this will rise as smartphones get cheaper, say experts.